Isang box ng Kleenex please! Hindi ko lang alam kung anong nakain ko at pinanood ko to. Pero no regrets, it’s on my highly recommended list. I’ve put this show off for weeks, I wasn’t even thinking of watching this because of the reviews. I knew I was going bawl my heart out. But I dived in because of the fact that it’s Kim Woo-bin.

Before I watched episode 1, I started with the OST. Just listening to New Empire’s A Little Braver, gusto ko ng umiyak. A friend told me to watch the songs he sang at his concert and I was like uh okay. And by the end of the show, ilang araw akong nag-LSS sa songs na Do You Know and Picture in my Head. Do You Know is the first Korean song that I actually looked up its lyrics.

I felt sad for a few days after I watched it. I’d watch some scenes in Youtube and every time I’d find myself crying. Damn Kim Woo-bin, why do you have to die?! So here’s what I think: 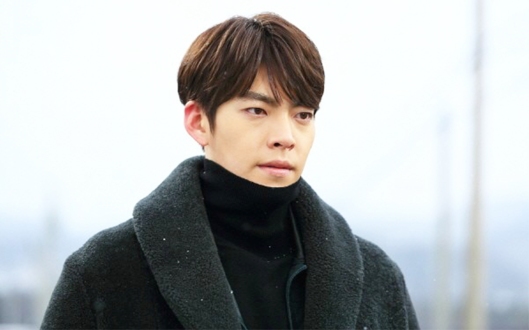 Cast: Kim Woo-bin is dream bae. Siya ang nagbigay buhay sa mga salitang “kilay on fleek”! I’ve always been a big fan from The Heirs then A Gentleman’s Dignity. He’s always played the bad boy and that fascinated me, aside from his looks that is. I wish they’d give him a show where he actually got the girl! Utang na loob, please bigyan naman natin ng happy ending ang lalaking ‘to. This is my first Bae Suzy show so I can’t say anything about her. For Lim Ju-hwan, my gosh, I had a hard time with him. I just can’t shrug off his character in Oh My Ghostess. Amazing performance for all of them.

Story: It’s about revenge, finding justice and first love. Woo-bin is a famous actor and singer here and Suzy is his first love when they were in high school. Fast forward to when he’s all famous and Suzy is a struggling documentary producer. If you don’t know yet, Woo-bin died here. So yes, you will cry! Let’s all drown in our sadness. Haha! Well, the ending is realistic. He died because of some terminal illness that I can’t even remember. Despite the fact that he died, he did spend his last days with Suzy at the house he built for them. They did not get married, which was okay for me coz I thought it would be unfair for her to become a widow at such a young age.

This might be a sad one but I am begging you to add this to your must watch list, if you haven’t.